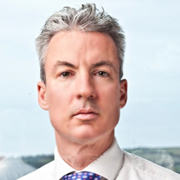 Back in the nineties, Bill Gates coined the expression 'people don't need banks, they just need banking'. A great example of forward thinking, but he was only half right.

Let's be frank. Banks are deeply unpopular. Arguably, they have abused their position. The global financial crisis is leading to a seismic shift in the way they operate and conduct themselves. Look no further than the huge regulatory changes which are happening in the UK.

The twin peaks of regulation and innovative financial technology are the driving forces stripping away big bank power – for good.

Of these, it's fast-developing technological development which, in my view, will bring about the sea change in the way banks operate.

Banks can't be all things

Fundamentally, what is a bank for? As a lender, a payments provider, a foreign exchange house, an advisory business, or even an equity raising business? It can't be all these things. Banks, first and foremost, were custodians of value, an alternative to stuffing your money under the mattress. The money is then banked, earning no interest. So banks lend the money out, make a profit on the spread and provide depositors with a return. To provide depositors with protection, banks benefit from a pseudo subsidy in the form of depositors' compensation schemes. A banking licence is there to make sure banks do so responsibly.

So that's what banking is. Everything else isn't banking.

What's followed is horizontal growth of the industry into adjacent areas. Take payments, for instance. Customers want to transfer money, so banks move into payments. To send that money to another jurisdiction, it requires currency conversion, another by product. And so it goes on. That's how banks have grown, but the core activity remains taking deposits and lending.

There is also an inherent weakness in the way that banks interact with customers. Who actually owns the relationship with the customer? It certainly needn't be the bank.

Already in the US, tech companies are acting as the front end for banks and customers don't even know, or even need to know, there is a bank in the background. The front end company does everything for the customer and the bank basically acts as the utility behind the scenes, supplying liquidity.

Today, thanks to financial technology, you can have a highly bespoke, personalised banking experience in whatever digital environment you inhabit. You probably haven't seen it yet but you will and it may not be from your bank.

Technology allows unprecedented flexibility and covers numerous key areas of development. Crypto currencies may be grabbing the headlines but there are other innovations that I think are more exciting. In payments, you've got Ripple, who are transforming the entire payment system, providing protocols for low-cost real time, end-to-end, cross-border payments. They support any hard currency or crypto currency, commodity or unit of value, replacing how bank transfers have traditionally been executed.

Making the same transaction, via the bank, inevitably incurs high fees, exchange rate involvement, delays in clearance. In foreign exchange, there's Currency Cloud, who can now by-pass the banks for currency rates. You send money at an attractive rate and it's registered on your phone in seconds.

Other areas are also coming under technological attack. Presently, banks' risk management is flawed. There are gaping holes in the way credit risk is currently assessed. The processing of data through new technology will change the way credit and other risk is assessed. Again this is happening at smaller FinTech start-ups like Zest Finance in Silicon Valley and Kreditech in Hamburg rather than banks or the big credit bureaus.

Technological disruption is happening in all these peripheral activities and doing a superior job. Banks' competitive advantage is being eroded, although they still have market dominance. The UK Competition and Markets Authority found that the top four banks control more than 75% of the UK SME and consumer personal accounts markets. But for how much longer?

In the end, however, it may not be regulation or technology that kills banks but their culture. These are very large institutions which have operated a certain way for a long time. It's worked for them – until now. It evokes thoughts of Dr Spencer Johnson's brilliant book Who Moved My Cheese about adapting to change in business or life in general. Entrepreneurial innovation is unstoppable, happening organically and spreading geographically, not in a controlled, centralised way. Banks need to adapt to that, not by fighting change but by redefining their business models.

The question is not 'What do people want from banks?' but rather 'What do people want?' The winners will be those that can deliver the experience customers want, wherever they want and in real time. Where do typical customers spend the bulk of their digital time? It might be Facebook now, but it probably won't be in another 10years. But wherever the customer, bank response needs to follow. Making someone walk into a branch isn't necessarily very appealing. Branches are rapidly transforming from assets to liabilities. Banks need to be able to reach out digitally, enabling customers to transact, at any given moment. It might be via Facebook or a particular app they use. So a bank still needs to be there, behind the scenes, able to interface. We're back to Bill Gates again.

History is in the making. The days of all-powerful banks are over. Banking, at last, is becoming a customer-led business.