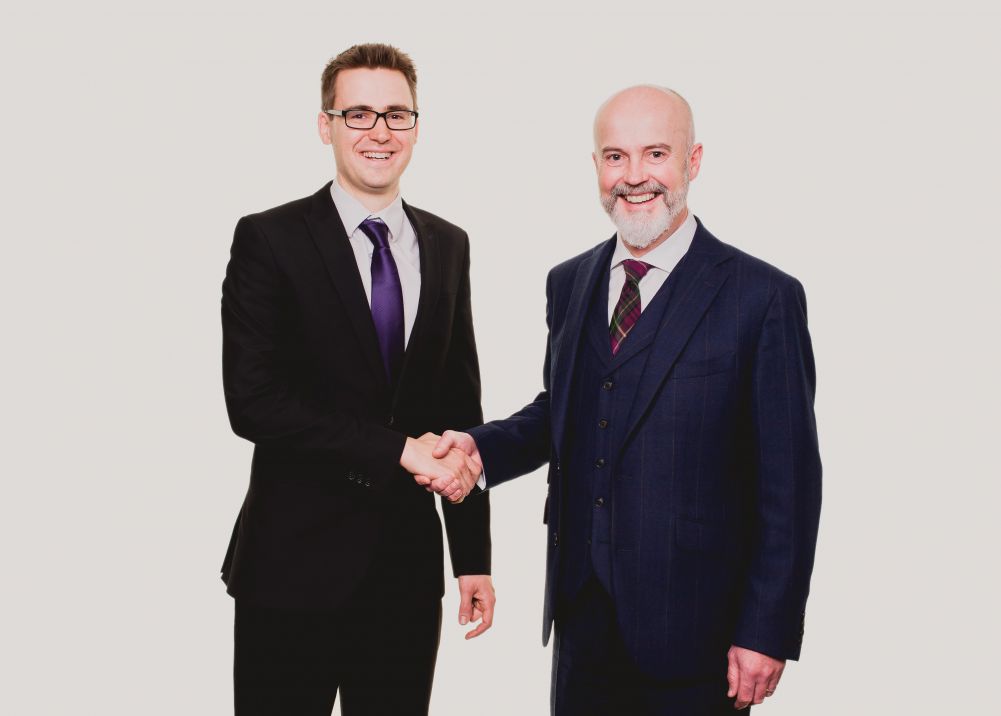 Conister Bank is delighted to announce two appointments which is great news for the future of the bank.

Douglas Grant takes up the position of Managing Director, with James Smeed promoted to the bank’s Finance Director. Douglas moved to the Isle of Man in 1996 with his wife Wendy and has two children; he joined Conister in 2010 as Finance Director, having previously worked for them as a financial consultant. He has over 35 years’ experience in finance, working with UK and Manx companies in both the public and private sectors. In tandem with his new post, he will remain the Group Finance Director of Manx Financial Group PLC, the parent company of Conister Bank.

James moves from the Bank’s Head of Finance to Finance Director. He has over 11 years’ experience in the finance sector, having joined Conister Bank in 2012 after six years with accountants KPMG. He is a member of the Association of Chartered Accountants (ACA) and the Chartered Institute of Taxation (CIOT). The appointments come at a time when Conister Bank has shown steady and continued growth as a direct result of providing products to service the needs of the Island’s community: these include the Bridging Loan, the Approved Partners Scheme and the shortly to be launched Personal Contract Plan (PCP).

As both Douglas and James have worked within the Bank for a considerable amount of time, they have a comprehensive knowledge not only of Conister’s offerings but also its culture of commitment to both customers and the Island’s community. The internal nature of the appointments demonstrates the depth of the talent within Conister and its determination to recruit Island based employees where possible.

James comments, “Over the years, Conister has established itself firmly as an independent bank, sheltered much from the economic uncertainty particular arising from the Brexit and other banking economic pressures. I look forward to seeing us continue to develop from this position of strength in the marketplace”.


Douglas says, “Conister Bank is a cornerstone of the Isle of Man community. We are proud to be more than a financial institution, and passionate about being able to make a real difference. I’m delighted to take the role of Managing Director. I am privileged to have been part of this great team for a long time, and look forward to building on our record of sustainable growth. Going forward, our central priority will be, as always, delivering the very best possible service to our customers”.