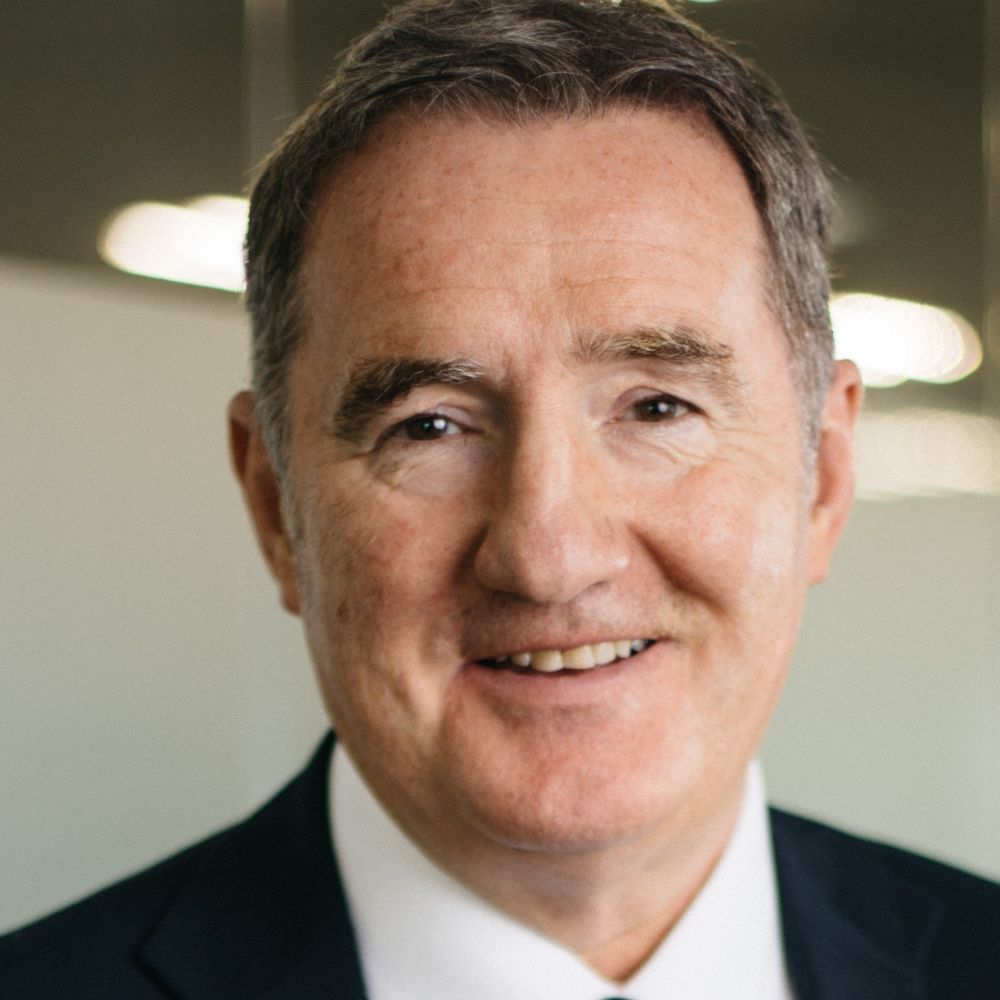 It is a ‘real pleasure’ to work with the board at Conister Bank, says newly appointed chairman John Spellman.

John has succeeded David Gibson, who has retired from the chairman’s role – and as a director of parent company Manx Financial Group – after 13 years.

Well known in the Manx world of finance, John, 55,  says: ‘People sometimes look at Isle of Man-based business and think they are lesser than their UK counterparts.

‘The board at Conister is as strong a board as I have ever seen. It is a real pleasure to work with it. There’s a really broad set of skills.’

As always, Conister Bank is looking ahead.

John says: ‘Specific challenges to be overcome include inflation, affordability, oil prices and their knock-on to our business customers. We need to be flexible. We are here to listen to our customers.

‘At the end of the day, successful trading businesses repay the loans, so it is our responsibility to ensure that they are successful.

‘We need to understand the circumstances of our customers. That is something Conister Bank has shown itself to be able to do.’

During the pandemic Conister, as an independent bank headquartered in the Isle of Man, had the flexibility to tailor its support for Manx businesses.

That adaptability remains key as the immediate future for the economy continues to contain uncertainties, with the effects of Brexit and rises in the cost of living.

John says, in terms of Brexit the Isle of Man experiences the effect on a secondary level.

‘We couldn’t sell financial services in Europe anyway,’ he explained. ‘The direct effect was to do with exports.

‘The secondary effect is that customers that have got groups that operate with other countries, they are operating on a higher cost base and with the additional bureaucracy they need to be able to be flexible.

‘Interestingly, some aspects where Brexit has had a positive effect on our business include the fact that – because of a combination of the UK leaving the EU plus Covid – it has meant the value of second-hand cars has gone up. So it actually makes our lending far more attractive.

‘The key part, again, is flexing to the economic environment. Rather than bemoaning the situation, it is being able to do something about it.’

A keen sportsman, John still enjoys a round of golf and a frame of snooker.  He had  his first contact with the company when he was pitching a business idea to Conister Trust in the 1980s – and liked what he saw then.

But before finally joining the board of Conister Bank two years ago, he spent the intervening decades building up an impressive CV, including a high-profile role with the Manx Government agency Isle of Man Finance, where he was the strategic adviser to the national strategy group and director of inward investment for finance.

‘I came across Conister many times,’ John said. ‘I have been a director for two years now. I was delighted to be invited to be chairman.’

A qualified banker and accountant, John has chaired other financial institutions, including the Duncan Lawrie group, as well as roles at the helm of life and insurance companies and other areas in the commercial sector, including e-gaming and software firms.

‘I have covered a wide range in my career, which I think helps with this role.’

Conister was able to adapt its model during the pandemic and teamed up with the Manx Government to offer business support. It also worked with the UK Government in the provision of bounce back schemes.

With more than 85 years at the centre of the in the Isle of Man community,  Conister Bank has built up high levels of trust.

‘At the core of our business are the values of customer focus, working together, a sustainable future and integrity. That is how we try to run things and how we try to reach our decisions.

‘It is about the community we are part of.’

John adds: ‘We are subject to the same regulations as everyone else, but our decision-making, what products to offer, it is all done here.’

Born in the West Midlands, John came to the Isle of Man in 1987, following an internal advertisement at the company he worked for.

‘I have never looked back. It took a short while to settle in, but I played football and golf and that really helped. The guys I met back then, I’m still friends with today.’

Apart from a five-year period working in the UK, John has lived in the Isle of Man ever since. He feels embedded in the Manx community.

‘My children were born here, my wife Samantha is Manx, our house is here. We are very settled.’

Outside of the workplace, John is chairman of the Isle of Man Children’s Centre charity, which supports young people and their families.

His enthusiasm for the charity and its work is clear.

‘Any young person or family that needs assistance, we will help where we can,’ he says.

It’s all about being part of the community, a value shared by Conister Bank itself and its staff.

John believes his experience will help.

‘I have seen a lot of different environments, both business models and industries. I try and use that to give me a balanced view.

‘I always use the expression, “Plan for the worst, hope for the best” I have the technical expertise to assist the board but, because I have been an entrepreneur on multiple occasions myself, starting businesses and selling them, I have got an appreciation from a practical viewpoint, not just from a text book.

‘So I can empathise with customers, while at the same time able to cut through the fog and see whether a business proposition makes sense.’

He adds: ‘The world is definitely changing but if you go back 10, 20, 30 years, I think people used exactly the same phrases then.

‘It is about how you respond to those changing circumstances.

‘That never changes. It is how you change your business model. The ability to work with the Manx community is a key part of that.’