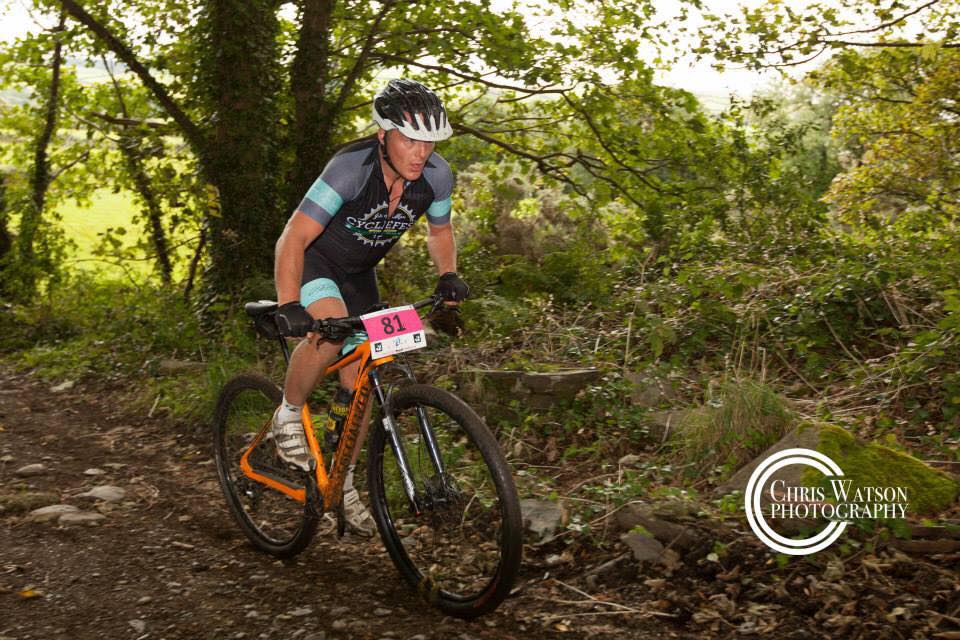 My intention had been to give this year’s End to End Challenge a miss: I hadn’t done as well as I had hoped last year and thought a year off might be just what I needed. However, on the Wednesday prior to the event, when I was feeling restless, I heard from a friend who had pulled out, and he offered me his entry. Without any hesitation or thought, I took it! I had already agreed to lend my bike to a friend so now my challenge was to find someone generous enough to let me borrow theirs for the day.

On the day of the event, I arrived in Bride ready for the cycle down to the Point of Ayre for the 10am start. There was traffic everywhere and it suddenly dawned on me what I had let myself in for - a day of suffering! I spotted a friend and we cycled down to the start line together.

I have always got quite nervous before a competition and today was no different. The entry that I had taken over had been seeded in the top 100 from the previous year so I knew from experience that I was going to have to give this everything I had to stay in touch with the faster guys.

The countdown started – 3, 2, 1… Go! - and off we went back up towards Bride Village. The course heads down the West coast, past the prison in Jurby, and then on to Ballaugh. I was in the pack and trying to preserve my legs by staying in the group. People are passing you on both sides at high speeds so you really need to concentrate and not brake or cut someone up as one mistake could cause chaos.

The track veers off-road in Ballaugh and up a steep farm track at Ballamoar which leads to the hills. My plan was to ride to this point without stopping, keeping with the pack; last year, this was where my demise began as I fell apart on this hill. I knew that I had to stay calm to conquer the initial challenges of this journey.

I reached the top triumphantly and headed off towards the Millennium Way. By this point, I was enjoying the company of my work colleague, Mark Hutchinson, who I sit next to on a daily basis – only in the Isle of Man!

As I approached Brandywell and the first drink station, it dawned on me that not many people had passed me, in fact, I seemed to be passing others. Sure enough, my competitive edge had kicked in and, one hour into my nice day out, I was overtaking anything and everything. I posed for a few jumps as we entered the first drink station and as I got closer, I could see cars and people everywhere. Going through the checkpoint was uplifting as the public cheered and spurred us on.

My head was now firmly ‘in gear’ and on the run to Greeba, I just tried to get into a steady rhythm and avoid going too hard down any descent because a puncture is easy to come by. Everyone participating in the End to End LOVES the descent through the fields of Greeba because it gives you not only an adrenaline rush but a great opportunity to catch your breath.

I got to Ballacraine and pushed on through St Johns to Patrick, where I took on more fluid. After last year’s race, I was conscious that I needed to regiment my intake of food and drink. Never go hungry, says Guy Martin in his autobiography, as by then it’s too late.

A friend who was servicing for someone else shouted to me that I was in 40th position, which just spurred me on more.

I headed up Barnell Lane, a track I hate because it’s steep and goes on forever; I avoid it at all costs throughout the year. As I hit the steepest part, I was made to laugh by the owner of my bike, who shouted that they had come to check I hadn’t wrecked it. I whacked the bike into the easiest gear, gritted my teeth and went for it. I wanted to get overtaken by as few people as possible. In the distance, I caught sight of a few riders in front, which goaded me to push on and close that gap.

At this point, my legs were starting to feel the burn. I had now been pedalling for two hours but there was still a fair way to go. The new section at Glen Rushen is great fun and a welcome break from pedalling up the Manx hills. As I sped down, I was mindful that being reckless would result in a mechanical problem or, worse still, a crash.

I headed up the long and windy track at Eary Cushlin, acutely aware that I was fighting against the onset of cramp in my legs. I was also eagerly anticipating the best part of the course, the Sloc: it’s technical, rutty and fast but it allows you to see the whole of the South and the finish!

Just as I got to the bottom, disaster struck: I had a puncture in my front tyre. In a moment of panic, I attempted to simply pump it up but after 20 yards, it was down again. I had no choice: I was going to have to change the tube and jeopardise my position in this race.

I flung the bike upsidedown, whipped the wheel dry and tried to change the tube as fast as I could. I began to panic as people were starting to pass and I knew I would have to stay calm to to get back in the race. I was soon on my way and pedalling as hard and fast as I could. I felt that I had invested so much to get to this stage and I was going to continue to fight for a good position.

Bradda Head was in sight but the trouble now was that although I had psyched myself to go faster and harder, my body wasn’t in agreement. As I got closer, I could hear the commentary from the finish line. The track looped up towards the Milner’s Tower then down a footpath and steps leading on to the promenade, where cheering spectators were lining the path to the finish line.

After 3 hours and 48 minutes, I crossed the finish line and was the 50th person to do so. It was a personal best and I was delighted as I felt that I had given it my all and thoroughly enjoyed the experience. The event was very well organised with a brilliant course and the encouragement from the supporters along the way just added to my overall experience of this, the 2015 End to End Challenge.