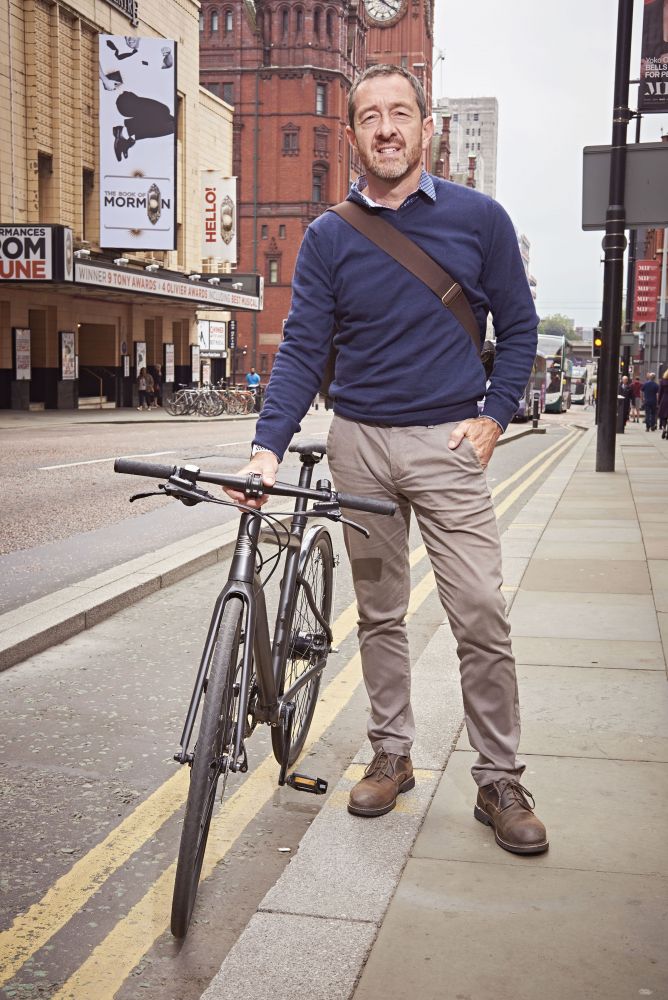 One of Britain’s best-known names in cycling, Chris Boardman MBE, is due to give a keynote speech on the Island in early November, to promote ‘Active Travel’ as the route to healthier and more productive lifestyles.

The event, sponsored by Conister Bank, entitled ‘Enabling Economic Opportunity Through Active Travel’, is aimed at key influencers in Government and the local business community to help create, as part of a long-term strategy, less reliance on cars in our daily lives.

The objective is to provide high-quality infrastructure, that enables people to use their cars less frequently for everyday journeys, by encouraging cycling to work or school and even going to the shops.

Former Olympic Cycling Champion Boardman is now Greater Manchester’s Transport Commissioner and the Chair of Sport England. Together with Greater Manchester’s Infrastructure Lead, Brian Deegan, who is one of the UK’s leading street designers, they will reveal the challenges they faced in helping deliver Greater Manchester’s £1.5 billion pound fully integrated transport system, with ‘Active Travel’ as its foundation.

Their shared experiences from the last 20 years will demonstrate and prove how infrastructure has enabled positive behaviour, ‘healthy streets' and created better environments for both retail and residential areas.

It’s widely known that walking and cycling are good for our physical and mental health. Inactivity in daily lives is one of the biggest challenges we face. At the same time, the pandemic has accelerated plans internationally to make more effective use of urban spaces and improved transportation.

It is hoped that the event will demonstrate that there’s a cost for doing nothing. According to 2016 Isle of Man Government figures, the Island spends more than £42 million every year on health issues caused by inactivity and the impact of road traffic incidents.

The Isle of Man’s Cycling Development Officer, Rob Holden, said that Island planners are at a point in time where we are transitioning from ‘encouraging’ active travel to understanding how well-designed infrastructure can ‘enable’ it.

“The aim must be to give people realistic options to use their cars less and how this benefits society as a whole, even if you don’t cycle,” he explained, stressing that bold political leadership was needed to encourage people to walk and cycle more and move away from encouraging increased car use in towns. “Having Chris Boardman and Brian Deegan here to speak is a massive step in the right direction,” he added.

Meanwhile, Conister Bank Managing Director, Douglas Grant, said the Bank was delighted to be sponsoring the event, which will be attended by various Government departments, local business leaders, and members of the Chamber of Commerce. “Anything we can do that supports improved health, quality of life, the environment, road safety and local productivity is very much in keeping with our core values. We believe this is the right time for the Island to be getting behind this initiative.”

Chris Boardman won the Individual Pursuit gold medal at the 1992 Barcelona Olympics and now leads the R&D wing of the GB Olympic Cycling team. A familiar face on ITV’s Tour de France coverage, he has been involved in Cycling Advocacy for nearly 20 years and is synonymous with cutting edge bike technology.

The free-to-attend breakfast event is scheduled for Tuesday, November 2nd at the Claremont Hotel 8 am – 9.45 am.

Anyone wishing to attend the event should contact TICKETS