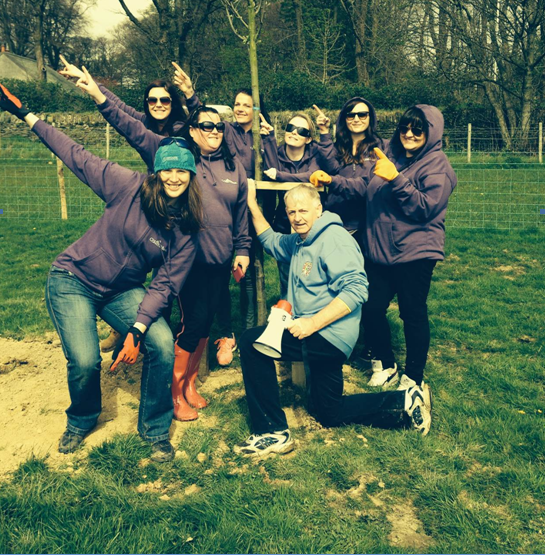 Conister Bank, which has provided an independent, locally focused service in the Isle of Man since 1935, has given its full support to a new community project to help boost the fortunes of Onchan Football Club.

The bank has sponsored the Conister Orchard, the first stage of a new facility planned for the club. Under the scheme, a field at the head of Blackberry Lane in Onchan, opposite Government House, is being rehabilitated through the planting of fruit trees and bushes. Further stages will see the construction of a new junior pitch, to be graded into the field lower down.

Currently, the Club uses the Nivison Stadium in Onchan, to which it has only shared access; this new, dedicated ground will provide much-needed training facilities for Onchan Football Club's burgeoning junior set-up.

David Quirk MHK, President of Onchan FC, comments, "The club is growing all the time and we have over 120 children who play football with us each week. This new home will save us from having to rent costly facilities further afield, and allow the children to play all year round".

The team at Conister Bank, which is already well-known for its support in the community, were keen not just to sponsor the project financially but to become actively involved in the process. Under the expert supervision of Ron Watson from Watsons Nurseries, who has given his tireless support to the project, the staff donned their wellies to help club members plant the orchard.

In addition to over 75 varieties of fruit trees – including apple, pear, plum, cherry and damson – the team has planted fruit bushes and six varieties of 12-15 foot saplings, which will enhance the site and act as a weather-shield as they grow.

The collaboration came about when Andy Bass, Conister's Business Development Manager, was approached by Mr Quirk. "I'm from Onchan myself", says Andy, "so I've got a fair idea of how many juniors play and I know how important it is to nurture young talent. Having a dedicated training ground is a vital part of that".

Juan Kelly, Managing Director of Conister Bank, comments, "We're absolutely delighted to be a key part of this project. The Club is an integral part of the village community, and we believe it's so important to show encouragement and support to the Island's young sportspeople at a grassroots level. We want to help create a legacy for the children growing up in Onchan".