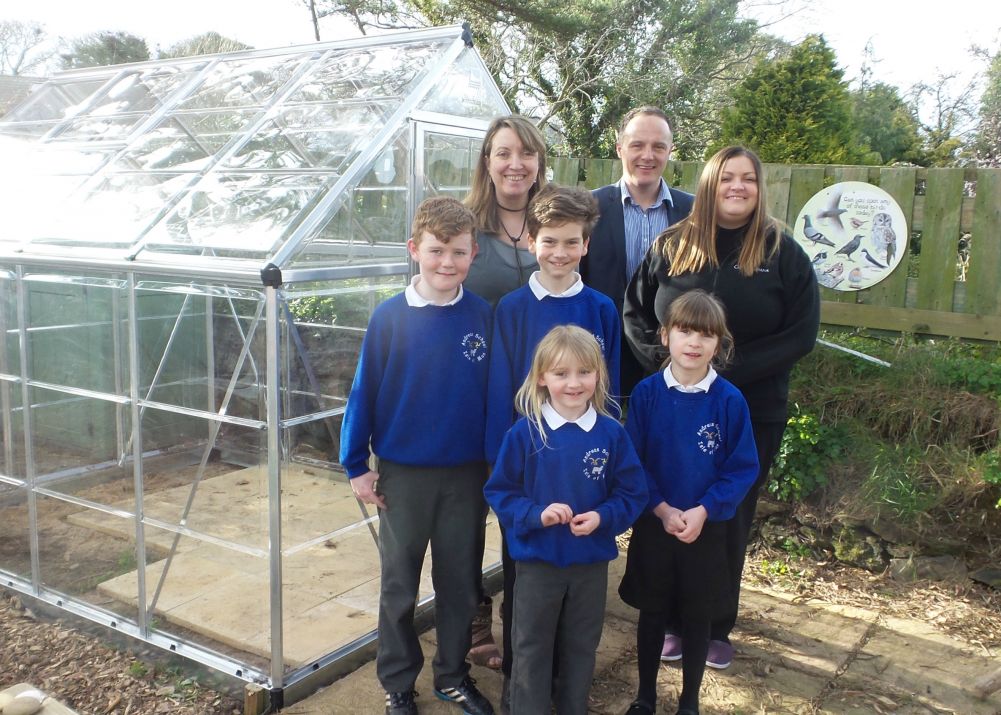 After a greenhouse in its grounds was targeted by vandals, Andreas Primary School found a champion in Conister Bank.

In January, local media reported that police were searching for culprits after the school’s greenhouse door and two aluminium tables were damaged in the  attack.

In response, the Conister Bank team pledged to replace the damaged greenhouse and supply new tables.

Conister Bank is well known in the Isle of Man for initiating and lending support to community projects, from the Youth Scholarship Development and Leadership Programme (run by Adventurous Experiences) to charity efforts for Manx Cancer Help and Beach Buddies. The team’s swift and thoughtful reaction to damage suffered by Andreas Primary School is in keeping with its pledge to give something back to the Island’s community, now and in the future.

With the kind donation of a rental van from Ocean Motor Village the Conister team made the most of some favourable weather conditions to set about the task of erecting the new greenhouse and tables.

Managing Director, Juan Kelly, commented, “We were saddened to hear about this incident of vandalism – which took place in a recreational site used by children. It gives us great pleasure to have been able to replace and rebuild the facilities for the children. In everything we do, we put people first – Andreas school was no exception.”

Headteacher, Rachel Ashley, said, “We are very grateful to Conister Bank for replacing our damaged greenhouse and gardening tables. Particular thanks go to the team who came to school on a very cold day to put it together. Staff and children are looking forward to using the new greenhouse to provide hands-on, practical learning experiences.”