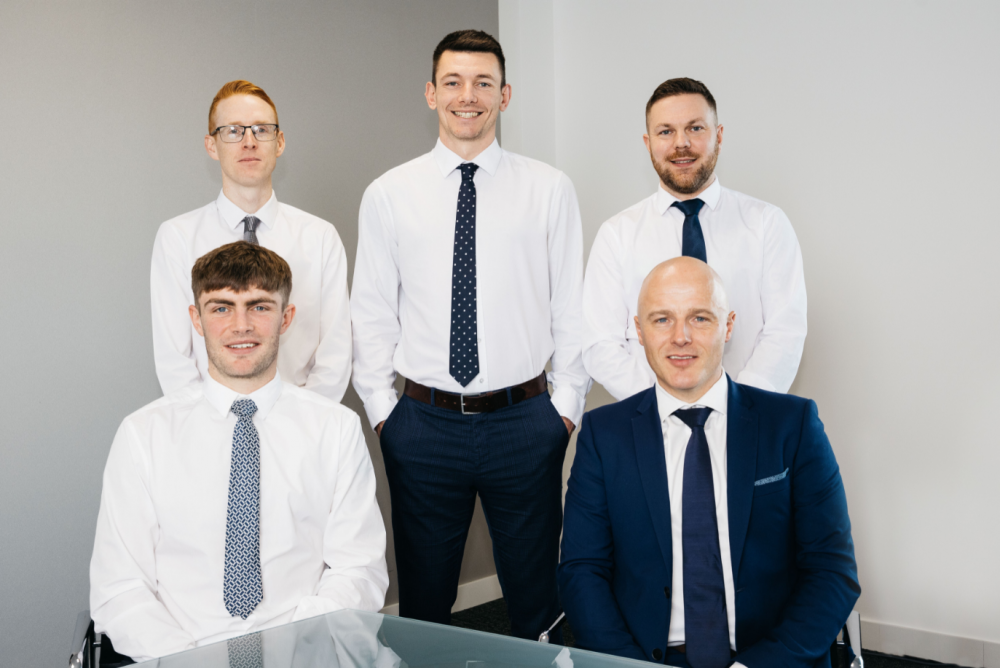 There’s a fresh face in the Conister sales team! We’re delighted to announce the appointment of Shaun Kelly as our new Sales Manager.

Working alongside Tom Charmer, Lee Gale and Andrew Moody, Shaun will have specific responsibility for the North of the Island, an area he knows like the back of his hand.

Shaun has literally moved downstairs to join Conister, having spent the last four years working in the same building - as a trader for the sports betting company, Newfield.

A familiar face in sporting circles – especially football – Shaun was raised in the north. He has many business connections, particularly in the farming community which will stand him in good stead in his new position where agricultural finance forms a vital cog in the Conister machine. Shaun’s role will also include supporting all retail and commercial businesses operating in the north of the island.

Welcoming him into the fold, Head of Sales Andy Bass said Shaun will be a great asset to the sales team. “I first met Shaun back in September at a sporting event in which we were both participating and, getting to know him, I immediately felt he could play a key role for us at Conister.  He’s a great fit for my team and will really complement our existing sales force.”

Shaun now knows what it’s like to be both a customer and to work for Conister. “I financed my car through Conister and during lockdown, I also bought a road bike through the bank. So, I have an understanding of how easy Conister make it for their customers’’.

“I have always had a positive perception of Conister, as a bank that acts as a pathway to help people afford something that they wouldn’t necessarily be able to buy outright and I am looking forward to helping customers gain access to a financial institution that is clearly open for business,” explained Shaun, who has a degree in sports studies and plays football for FC Isle of Man (alongside Lee Gale).

Within a week of joining, Shaun said he’s been made to feel right at home, across the office. “Everyone has given me time. I’ve really appreciated this because you then feel you can open up and ask questions. I’ve only been here for a short time and it already feels like I am part of the team!” Shaun continued.

‘’This is a new career path for me and I am really looking forward to the challenge’’.